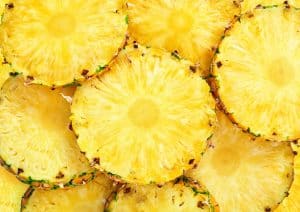 Three lawyers walked into the bar . . . or . . . How the piercing glare of divorce mediation forced me to focus on my spending priorities (even years later)

Six years ago, I was sitting in a small office with a divorce mediator and my now ex-spouse. We were three lawyers in one room (and there were three more representing us beyond the walls of this quaint New England office). You would think that with six lawyers trying to achieve one simple result, the process would have been (relatively) quick. It wasn’t. The mediation was supposed to take 6-8 sessions. It went on for nearly a year and a half. Nothing in divorce is easy, and mediation was no exception.

At one of the early sessions, the mediator said we were going to put numbers aside for a moment and just discuss lifestyle. He turned to me and asked me to articulate my financial concerns in terms of the lifestyle I wanted to live, post-divorce. Without pausing to think (that was my first mistake), I told him that I wanted to be able to afford cut-up pineapple at the supermarket (by all accounts, this had to be mistake #2). I clearly remember his reaction: He started to laugh. (Not the most sensitive response from a neutral party, but hey.) “I’ve heard many different answers in my 20+ years of doing divorce mediation,” he told me, “but I’ve never heard that one.”

I admit that buying pre-cut pineapple was a strange response. I could have said that I wanted to be able to afford a nice apartment, to go out to eat from time to time, to travel to the places on my bucket list, to support myself in my “later years”. . . . There are dozens of rational responses that I could have given, but I went with the pineapple. Why? (As tempting as it might be to think that I had perhaps subconsciously associated pineapple with the symbol of welcome, wealth, and hospitality, that was not what was going through my mind at the time.)

As I look back on my answer, I recognize that it wasn’t really about pineapple at all. Certainly, I wasn’t suggesting that I would have agreed to a divorce settlement that only accommodated an occasional container of cut-up produce. My blurted-out, unusual response was actually a simple thought that encompassed two important issues: budgeting and trading money for time.

Being able to afford pre-cut pineapple (which is almost twice the price of the real thing, pound-for-pound) would mean that I wasn’t on a bare-bones budget. I was, in essence, stating that I wanted to be able to support a lifestyle in which I didn’t have to watch every.single.penny. For me, pre-cut pineapple was (and still is) a luxury item. I’ve never cared about expensive cars, designer clothes, or other top-of-the-line purchases. I do, however, value convenience, and the pineapple answer was my way of explaining that I wanted to be able to afford a lifestyle in which I could enjoy certain time-saving conveniences. I wanted room in my budget to be able to splurge on the things that were important to me, and pre-sliced fruits and vegetables definitely made the cut (if you’ll pardon the expression).

Buying convenience is really just another way of saying that I wanted to be financially able to trade money for time. As I get older—I was 50-something when the pineapple conversation took place—I am increasingly aware of the passage of time. It’s no surprise, then, that I would place a high value on buying something I loved (like fresh pineapple) and wanting to choose the prepared-and-ready-to-go version, which would save me precious time. (For me, a pineapple is not the easiest fruit to cut. When I prepare a whole pineapple myself, my cutting board quickly becomes a juicy mess, and I usually end up with sticky, prickly fingers from fighting with the tough outer skin of the pineapple. The whole process, from start to clean-up, takes time, and I am willing to pay a premium to save time.) Optimizing your spending includes aligning your purchases with your values, and I have always placed a high value on preserving free time.

Fast-forward to today: How do spending priorities and financial goals change over time?

I can’t help but think about how I would answer the mediator’s question if it were posed to me today. One thing I do know is that the word “pineapple” would not be in the equation. (More on that later.)

The spending priorities and financial goals that you have at one age will change as your life changes. First, there are the obvious changes. Saving for a down payment on a house or for your child’s education will no longer be a priority after you’ve accomplished those goals. Earmarking money to pay off your debt will no longer be a priority when your debt is fully paid. Then there are the less obvious changes that will occur over time as your values, priorities, and life circumstances change. Perhaps you want to start investing in sustainable companies, local businesses, or other entities that you might not have known about before. Maybe you want to save money to start your own business (you’ve always wanted to run your own winery or craft-beer business?), learn new skills (maybe you want to learn how to code?), or pursue new activities (you recently took up biking, photography, or ballroom dancing?).

What is important to you at any point in your life will change (and can change significantly) as you move through time. It’s helpful to check in with yourself periodically to take stock (no pun intended) of your priorities and values so that you can adjust your spending to be more in line with the things that matter to you. When your spending aligns with what you value, it’s easier to resist spending money on things that aren’t meaningful to you as well as having a guilt-free mindset when you spend money on the things that are.

So what would be my answer to that lifestyle question today? Well, for one thing, Eric has repeatedly sent me numerous articles about the dark side of buying pre-cut pineapple and other fruits and vegetables (knowing, of course, that I like to buy these things ready-to-go . . . he’s generous with his comments that way): bacteria on the cutting board and knife; pesticide residue from improper washing of the produce; freshness issues from packages that sit on the shelves too long; overpaying for something that you can prepare on your own for a lot less . . . . You get the idea. I will admit that his campaign to get me to change my evil ways has (almost) succeeded. I don’t think I’ve bought cut-up pineapple in a while now (except of course just the other day when it looked so good and I was hungry . . . and then there was that time at Whole Foods when . . . or was it Trader Joe’s . . . well, enough on that . . . old habits die hard).

My answer to the mediator’s question today would not include any mention of fruits and vegetables, pre-sliced or otherwise. Instead, I’d talk about larger themes like (in no special order): traveling to my bucket-list destinations; supporting a certain lifestyle in retirement (although I have no desire to retire anytime soon—but that’s for another post); supporting worthy causes; and having sufficient funds for contingencies, legacies, and a dash of frivolities. At their core (ugh, not another pineapple joke), spending priorities are really about how you want to spend your time. 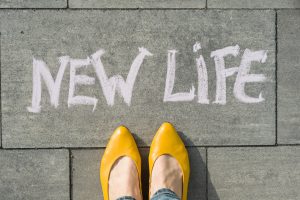 Postscript: Reframing the equation by trading pockets of time

I still love pineapple, and I will admit that I sometimes buy it already cut into luscious chunks of golden tropical goodness. But I now buy the whole enchilada more often than not and cut it up myself, solely for the cost savings. Even though I still place a huge value on convenience (and I know that time is always much more valuable than money), I also see that I can trade some of my own pockets of time for other pockets of my time and come out ahead.

For example, if I save $10 a week by resisting the lure of pre-cut convenience ($5 for whole fruit vs. $10 for cut-up fruit, twice a week, just for round numbers), then, each year, I could save $10 times 52 weeks ($520), which is enough for, let’s say, an off-season round-trip flight to Paris. (Feel free to fill in the blank for anything that you value.) 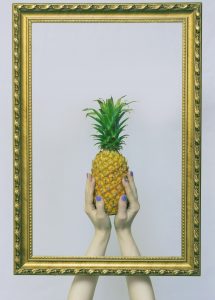 By reframing the pineapple decision to focus on different alternatives, I don’t have to choose between more free time/spending more, on the one hand, and less free time/spending less, on the other. The way I look at it, the trade-off can actually become something like this: no time spent cutting pineapple/no flight to Paris vs. small chunks (pun intended) of time spent cutting pineapple/round-trip flight to Paris. No matter how you slice it (sorry), it’s a matter of deciding how your time is better spent. And when the time equation is reframed in terms of trading small pockets of time for one larger payoff, the decision can become clear-cut (pun really not intended this time). Small savings of time can easily evaporate into thin air. Small expenditures of time, over time, can result in . . . well, traveling through thin air. Easy choice for me. 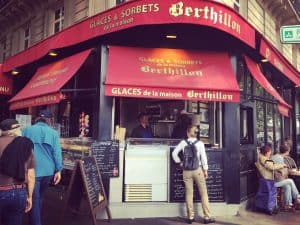 So my divorce mediation answer notwithstanding, I’ll continue to try to buy pineapples whole. And maybe I’ll have the opportunity to write a post next year about an upcoming trip to Paris, complete with an obligatory photo of a small round table at an outdoor cafe and an elegant dish of pineapple sorbet with a mini macaron on top. That’s how I’d like to enjoy the “fruits” of my labor. 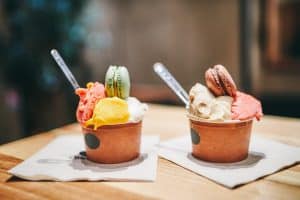